I Did It My Way! Veal Sinatra Inspired By Locanda Rustica

Tonight’s dish is inspired by a local Tequesta/Jupiter hangout where everyone knows your name and the Chicken Sinatra SINGS!  Make veal in marsala wine sauce, MY WAY! Click to skip to the recipe We have one such restaurant in our neighborhood. The name is Locanda Rustica and it holds court among other small eateries in a strip center on the main drag in Jupiter, FL.

This is the kind of place that sees repeat customers on repeat days. If it’s Wednesday, and the Coleman’s don’t appear at their established time, there will be an inquiry from the owner as to where they were, when they show up the next week.

Patrons are known by their first name, and their drink order is served before it’s ordered. Guest of these patrons are introduced to staff as if they were meeting their family. Before the bread is served, the specialties are announced.

It’s at this moment that you realize you just hit the jackpot of weeknight dining!

This week’s specialty dish was Chicken Sinatra and let me tell you, Frank would be Flying to the Moon over this one.

He would toss Three Coins in the Fountain to get seconds.

He would have High Hopes to know that It Was A Very Good Life that included Chicken Sinatra.

There are no Strangers in the Night when it comes to this dish and you don’t have to be in New York, New York to eat it.

Spinach, prosciutto, and cheese are sandwiched between two thin chicken cutlets. Then they are battered and sauteed. Two people at our table ordered this special, and I took a bite out of each! I was still left wanting.

You could say that I Got Chicken Sinatra Under My Skin. That’s why two nights later, I found myself creating a dish using it as my inspiration.

I had veal instead of chicken, salami instead of prosciutto, and fresh sage leaves instead of spinach. I added my mother-in-law’s Masala wine sauce. It was delish! I did it MY WAY!

The next time you are in your favorite eatery, I hope you get inspired by a weeknight special dish. After all, That’s Life!!

Two thin slices of salami, cut in half 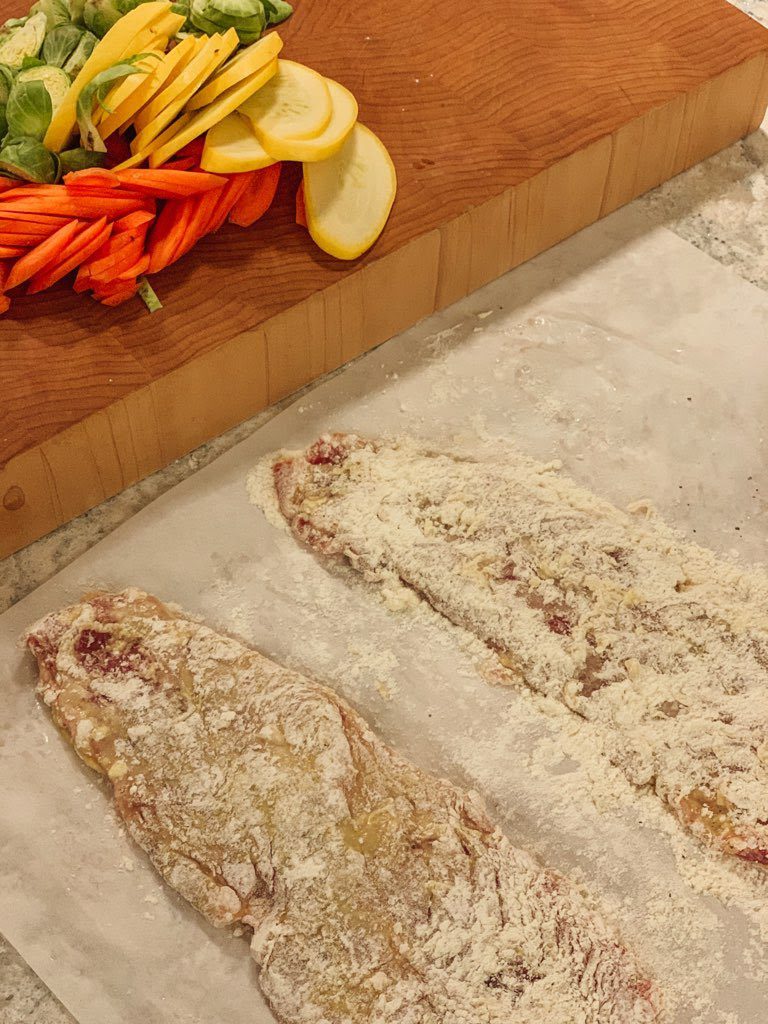 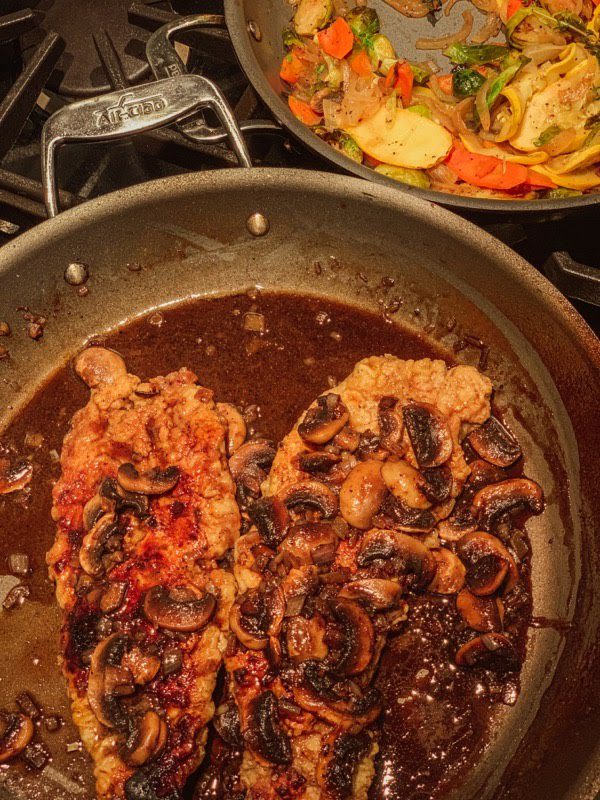 Place the veal slices between two pieces of parchment paper. Use a meat mallet to pound the veal to about ¼-inch thickness. Season with salt and pepper. Layer 2 slices of veal with cheese, followed by salami and sage. Top with the remaining veal slices forming two veal sandwiches!

Heat 2 tablespoons of both olive oil and butter in a skillet over medium-high heat. When the butter is bubbling add the veal. Cook until golden brown on one side, about2 to 3 minutes. Carefully turn and cook until golden on the other side, another few minutes. Transfer to a platter.

Add the shallot and mushrooms to the skillet. Cook until the shallot pieces are soft, and the mushrooms are golden brown, about 3 to 5 minutes. Season with salt and pepper. 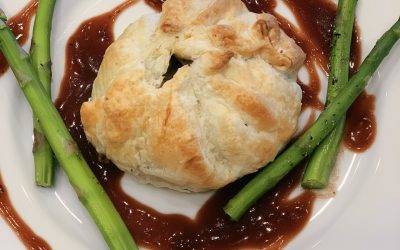